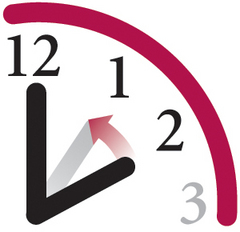 It’s time to roll back the clock for fall!

If you don’t already know your DST history, here is a chance to get up to speed on this twice a year occurrence. In the US, 45% are in favor of it, 40% are opposed to it and 15% just don’t care either way.  At Pitstop Autoglass®, we care about your time and want you to be able to get on your way in 15 minutes, so make sure that you get in by 4:30 PM for fast and efficient service.

Enjoy this article from timeanddate.com…

The History of Daylight Saving Time

Daylight saving time (DST) is a change in the standard time with the purpose of getting better use of the daylight by having the sun rise one hour later in the morning and set one hour later in the evening.  Although it has only been used in the past hundred years, the idea of DST was first conceived many years before.

The Origin of DST

Daylight saving time (DST) has been a subject of recurring debate in the United States, the United Kingdom, and many other countries around the world for about a hundred years. Ancient civilizations were known to practice a similar process of the concept of DST where they would adjust their daily schedules in accordance to the sun, such as the Roman water clocks that used different scales for different months of the year.

The idea of daylight saving time was first conceived by Benjamin Franklin in 1784 during his stay in Paris. He published an essay titled “An Economical Project for Diminishing the Cost of Light” that proposed to economize the use of candles by rising earlier to make use of the morning sunlight.

Although many believe that Benjamin Franklin invented DST, some say that modern DST was first proposed in 1895 by George Vernon Hudson, an entomologist from New Zealand. Hudson presented a paper to the Wellington Philosophical Society that proposed a two-hour shift forward in October and a two-hour shift back in March. He followed up his proposal with an article in 1898, and although there was interest in the idea, it was never followed through.

The Invention of DST

The invention of DST was mainly credited to William Willett in 1905 when he came up with the idea of moving the clocks forward in the summer to take advantage of the daylight in the mornings and the lighter evenings. His proposal suggested moving the clocks 20 minutes forward each of four Sundays in April, and switching them back by the same amount on four Sundays in September.

Willett’s daylight saving plan caught the attention of Robert Pearce who introduced a bill to the House of Commons in February 1908. The first Daylight Saving Bill was drafted in 1909 and presented to Parliament several times and examined by a select committee. However, the bill was opposed by many, especially farmers and thus the bill was never made into a law. Willett died in 1915 without getting the chance to see his idea come to life.

The Start of Daylight Saving

DST was first adopted to replace artificial lighting so they could save fuel for the war effort in Germany during World War I at 11:00pm (23:00) on April 30, 1916. It was quickly followed by Britain and many countries from both sides, including the United States. Many countries reverted back to standard time post-World War I, and it wasn’t until the next World War that DST would make its return to many countries in order to save vital energy resources for the war.

President Franklin D. Roosevelt instituted year-round DST in the United States, called “War Time” during World War II from February 9, 1942 to September 30, 1945. The law was enforced 40 days after the bombing of Pearl Harbor and during this time, time zones were called “Eastern War Time”, “Central War Time”, and “Pacific War Time”. After the surrender of Japan in mid-August 1945, the time zones were relabeled “Peace Time”.

Brief History of DST in the United States

DST caused widespread confusion from 1945 to 1966 for trains, buses and the broadcasting industry in the US because many states and localities were free to choose when and if they would observe DST. Congress decided to end the confusion and establish the Uniform Time Act of 1966 that stated DST would begin on the last Sunday of April and end on the last Sunday of October. However, states still had the ability to be exempt from DST by passing a local ordinance.

The US Congress extended DST to a period of ten months in 1974 and eight months in 1975, in hopes to save energy following the 1973 oil embargo. The trial period showed that DST saved the equivalent in energy of 10,000 barrels of oil each day, but DST still proved to be controversial. Many complained that the dark winter mornings endangered the lives of children going to school. After the energy crisis was over in 1976, the US changed their DST schedule again to begin on the last Sunday in April. DST was amended again to begin on the first Sunday in April in 1987. Further changes were made after the introduction of the Energy Policy Act of 2005.

Daylight saving time is now implemented in over seventy countries worldwide and affects over a billion people each year. Although many countries observe DST, the beginning and end dates are often different than the US. The European Union adopted the summer time period that was used in the United Kingdom for many years which begins on the last Sunday in March and ends on the last Sunday in October.

The DST schedule in the US was revised several times throughout the years, in which the DST schedule period lasted for about seven months from 1987 to 2006. The current schedule began in 2007 and follows the Energy Policy Act of 2005, which extended the period by about one month where DST starts on the second Sunday in March and ends on the first Sunday in November. Currently, most of the US observes DST except for Hawaii and most of Arizona, and the US insular areas of Puerto Rico, the US Virgin Islands, American Samoa, and Guam.